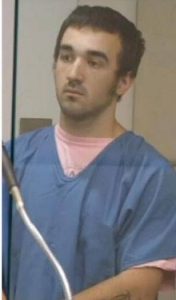 Gage Halupowski was arrested along with two other protesters in the wake of clashes in Portland’s Pioneer Courthouse Square, later indicted on four criminal charges, including second-degree assault, unlawful use of a weapon, attempted assault of a public safety officer, and interfering with a peace officer. In November 2019, Gage was convicted and sentenced to six years in state prison.