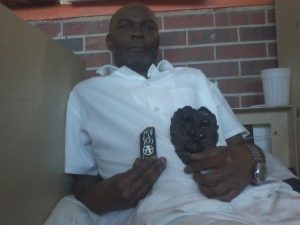 Michael Kimble is a black, gay anarchist held captive by the State of Alabama since 1986 for the murder of a white, racist homophobe, for which he received a life sentence. After moving away from communism, Michael turned toward anarchism and continues to struggle as an anarchist against his conditions. Michael has a long history of uncompromising struggle against prison and its world.