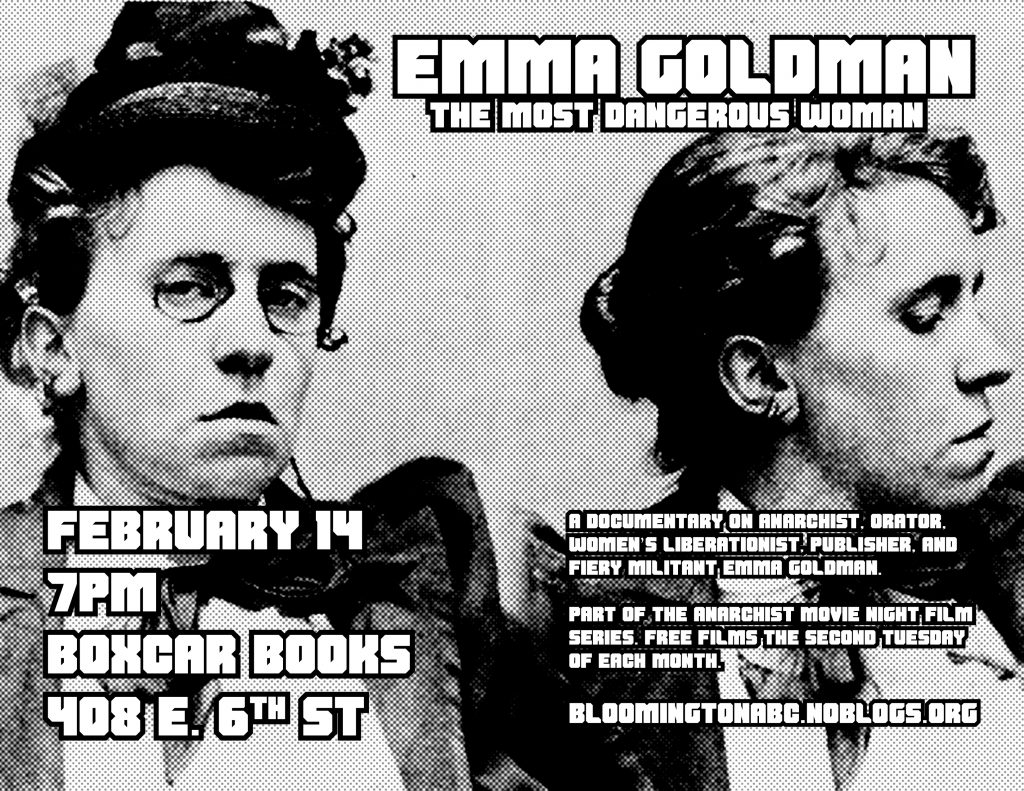 Bloomington Anarchist Black Cross presents a documentary on the life of anarchist Emma Goldman. A Russian Jewish immigrant to America, Goldman became a major figure of the US anarchist movement until she was deported for her opposition to WWI. Labor struggles, riots, an assassination attempt on an industrialist, radical newspaper publishing, the killing of President McKinley, anti-militarist organizing, the women’s liberation movement, the Russian revolution and its betrayal by the Bolsheviks, the Spanish revolution and its hope for human freedom are all explored through the life of one woman who lived it all without compromise and with fiery vision.

After the movie, we’ll be writing letters and cards to anarchist prisoner Sean Swain.

The Anarchist Movie Night is a free monthly film series on freedom and subversion. Showing documentaries, features, cult films, and experimental shorts of an anarchic sort.