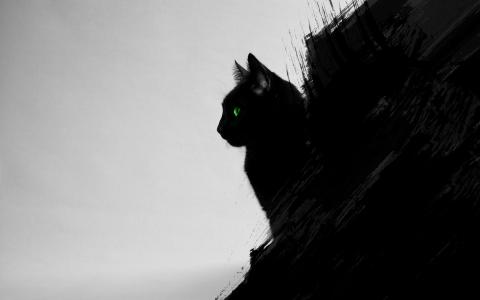 From Act for Freedom Now!

To the Court of Turin

Today, as well as for all the future hearings of this trial that sees me accused along with my brothers, sisters, but above all anarchist comrades, I will not give you the satisfaction of seeing my face in a courtroom of this tribunal.

I have never gone to the courtrooms where my funeral was being prepared in the past and I will not do so now!

I am anarchist, individualist, anti-authoritarian and above all I am for the insurrection, which has as one of its primary goals that of destroying places of death like this one and the prisons.

I will not be part of the spectacle set up by a judge who, suffering from hunger cramps, has put himself the payroll of a State that I do not recognize, being a citizen of the world in flight from its borders; I will not be there to listen to his delusions nor wait for the end to hear someone judge me “guilty or innocent.”

For any authoritarian State I will always be “guilty” because in the society I want there will be no room for you, your buildings and your institutions.

I have no desire to hear the history of anarchism by a servant of the State who has the aim of emphasizing the existence of “good” and “bad”, just because his democracy demands it.

But the truth is one: no anarchist can ever be “good” for an authoritarian State.

Otherwise, I have to think that in the years wasted for your fucking degree in law you never learned the meaning of the terms you use.

In a world where the morality of its inhabitants is formed on the one hand by religions and on the other by the “information” jackals in the pay of the judiciary, the police and the barracks, I found it opportune to carve out a space in the web for “counterinformation”.

I did so fully aware that I was using your means.

RadioAzione, of which I am the sole founder and curator, threw in your face what you never wanted to hear.

It was your intention to democratically leave the space alone to use it as bait and catch the fish but I sat in that space and overturned your “nice” tables back at you.

If the RadioAzione site really annoyed you, you could have issued one of your “nice” censorships but you didn’t; perhaps because someone needed to write pages and pages of court records to earn themselves their bread and butter for a few years?

Or because for six years you’ve been there listening to or reading my thoughts through a fucking key-logger that you’ve even given a name to, “Agent Elena”, who with her inflated bills has fed some other servant of the State?

To conclude, because I have already given you too much space for my liking:

I claim RadioAzione as a project that is mine, and mine alone.

A project in which, since it began until I decided to close it, I have always published my personal and individual “reflections”, or those of other comrades in the world that I felt affinity with.

I made all this readable through the site and listenable through the radio; by that I’m not saying that I did things “in the light of day” but because I was aware that, in addition to the comrades, you were also there listening and reading, and when you couldn’t take any more of it, you even got to the point of sabotaging my phone line by cutting the cables.

It is not these little games of the frustrated that annoy me but your miserable existence!

Over the years, you have tried in every way to stop me: jail, carpet controls under house arrest, threats, secret services, infiltration, etc …

I’m still here! Not a step back!

Unlike you, I have given meaning and purpose to my existence: the total destruction of the State!

I believe that the Anarchist Black Cross project is a valid one carried out by comrades with whom I feel affinity, and I did not have any problem about organizing the presentation of their newspaper in Naples, and even less in collaborating by translating or updating the site for a while.

It won’t be the useless scarecrow of this trial to silence me, to convince me not to give Solidarity, Complicity and economic support to my comrades, brothers and sisters, who today you are depriving me of having alongside me because they are kidnapped in your lagers and in those around the world.

It won’t be the threat of your lager to make me step back one millimetre or erase the conviction that is growing in me more and more year after year, to be your total enemy, that of your fetid opulent existence and of the whole of the State – Capital!

For anarchy, for insurrection

This entry was posted in General and tagged Gioacchino Somma, Operation Scripta Manent. Bookmark the permalink.