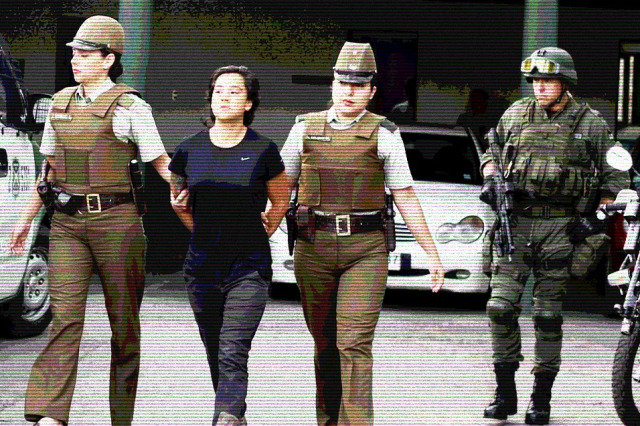 13.01.18: The latest information is that the comrade Tamara Sol made an escape attempt on January 12, 2018, leaving her with injuries caused by the latticework of razorwire and spikes that are mounted on the perimeter walls of the prison, as well as being assaulted by the prison guards.

Despite her wounds, the comrade has no life threatening injuries and after being held incommunicado in isolation, the comrade was transferred to Rancagua Prison, a prison that is notorious for its harsh conditions of confinement.

We will provide further updates as soon as more information becomes available.

Strength, fortitude and tenacity for Tamara, her family and close friends!

In the face of the extermination centres and the torture of the prison guards: Riot and escape one thousand and one times!

This entry was posted in General and tagged anarchist prisoners, Tamara Sol. Bookmark the permalink.